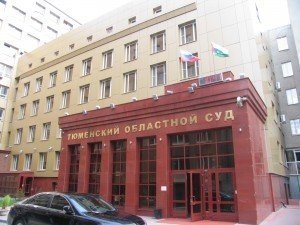 In August, 1944 the decision on creation The Tyumen region was made. In the city the work on creation of structures of management including regional court began. Tyumen Regional Court had to direct all courts of The Tyumen region, to consider civil cases in a cassation order and as supervision, and also as court of the first instance of civil cases, jurisdictional to regional courts. In this regard on the basis of the order of the National Commissioner of justice of September the 5th, 1944 Tyumen Regional Court was formed.